Skwer is a powerful idea put into the form of architectural project. A simple response to existing situation – meaning lack of urban sports places in Warsaw combined with a skyrocketing demand for them – became a statement project of Skwer.eu platform. We are willing to create a quality public space for every generation of urban sportsmen. We are strongly convinced that the space shall serve the citizens for sportsmanship, cultural and integration purposes and be planned within a framework of open discussion and collaborative development process. With contemporary sports like skateboarding, parkour, bouldering or breakdance being hugely popular among youth, we also honored the needs of ‘classical’ discipline enthusiast like chess, boule, dance, table tennis and many more. Being deeply conscious of the place as an icon in the urban sport’s history (minding Philadelphia Love Park or Prague’s Stalin skate spot) we are aware of the necessity to create a space which attracts athletes to visit the venue, thus creating another important need: an auditorium. 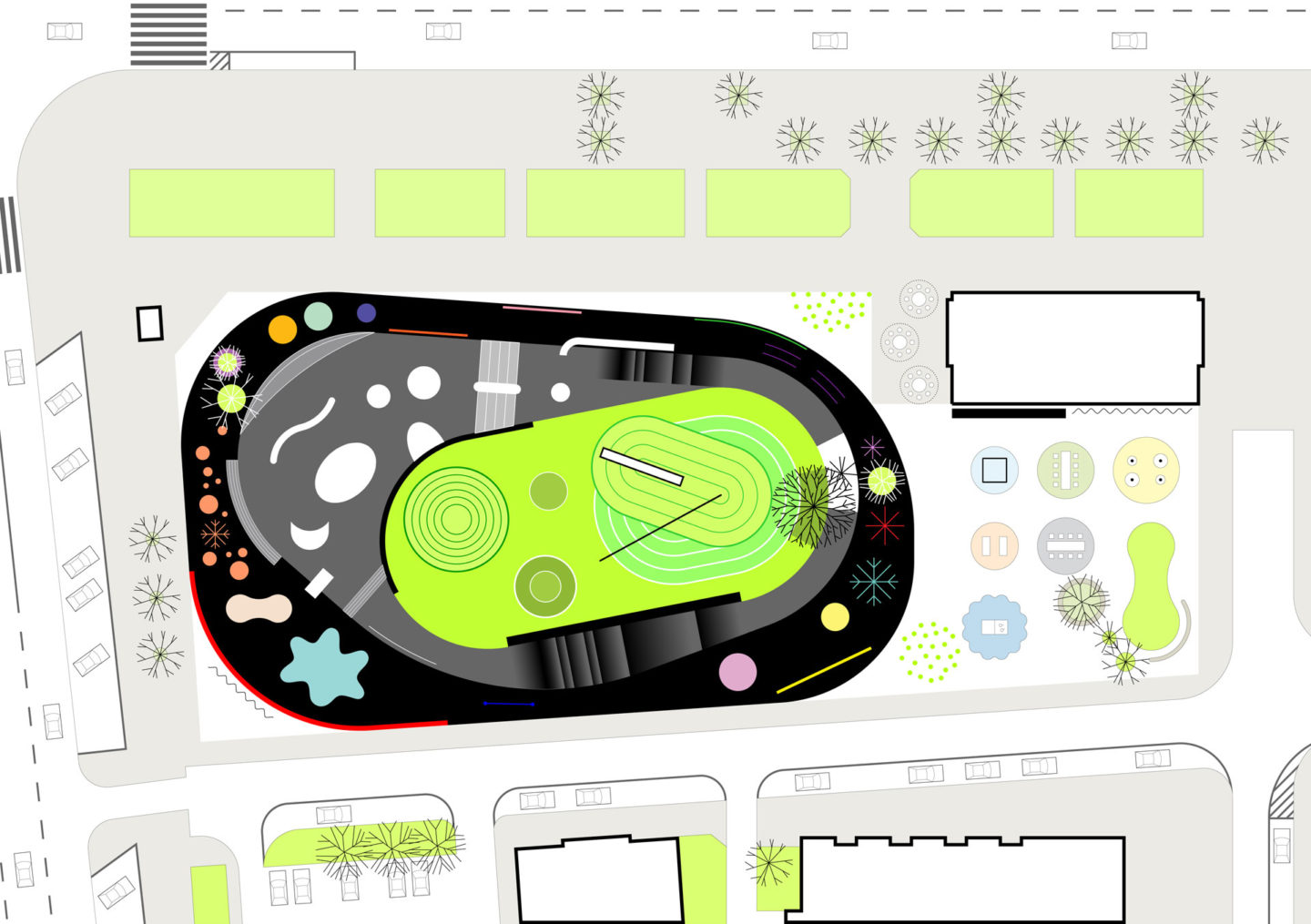 Skwer’s first project was the Septennial Stadium, a temporary 7-year-project prepared for Euro 2012 in Poland. Following the football theme while merging the needs of presenting one’s skills and the curiosity of the spectators we have created an idea of ‘an inverted stadium’, where the auditorium is in the middle. We believe this shape transmits the idea of urban sports better, as they tend to be connected with the city grid and best likely to be conducted within a natural – so the city – environment. Throughout the process of analysis, socializing was identified as an important element of the routine. Collectively conducting sports and spending time on the spots are equally important for the athletes. 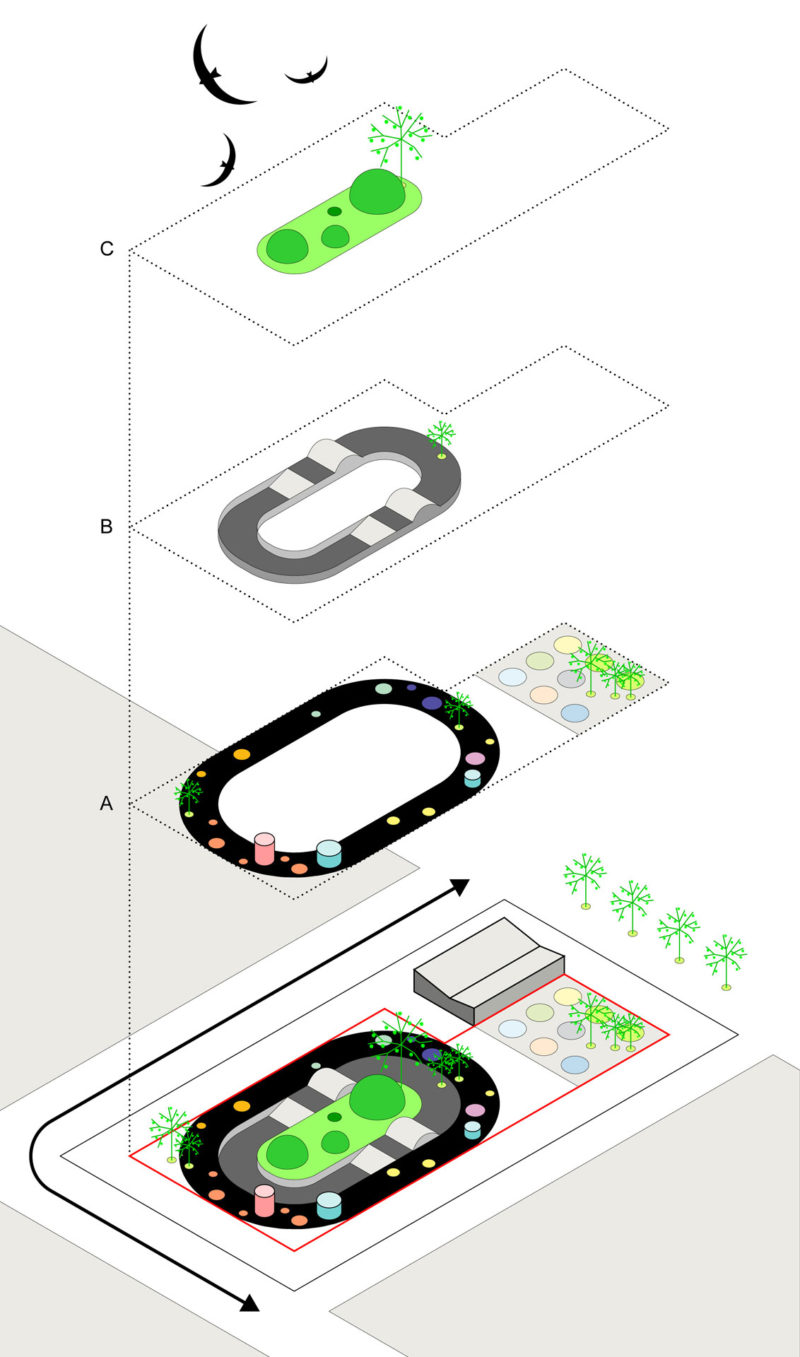 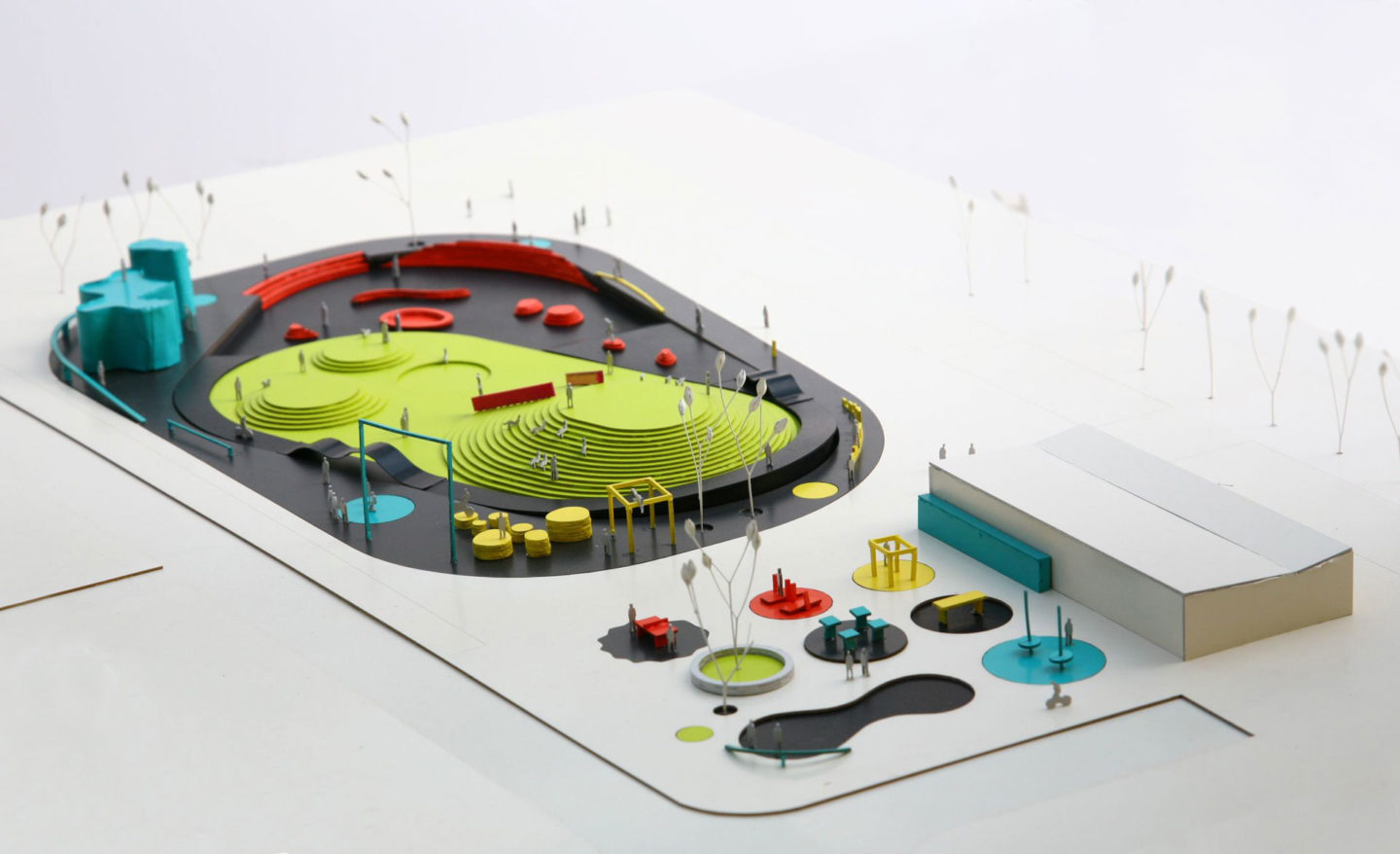 The inverted stadium form is then a rational choice, because it creates a modern urban lawn for spending time collectively. The lawn also works as a recreational sports space and finally, as a fit place for spectators and a valuable offer for neighboring office space workers on a lunch break. As was pointed out, urban sports are closely connected to visual arts and much of the documentation is taken in the form of video. Therefore, we have included the idea of outdoors cinema, which would allow promoting the urban sports and other topic movies, creating yet another social use layer for the concept. 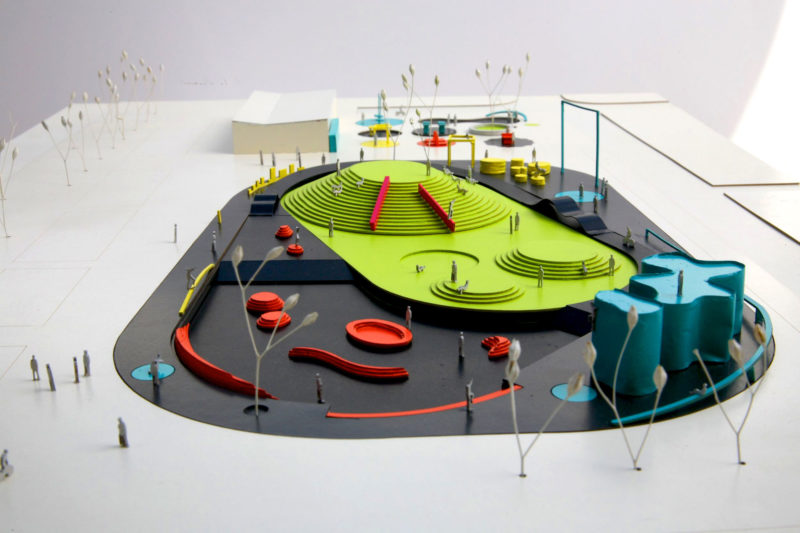